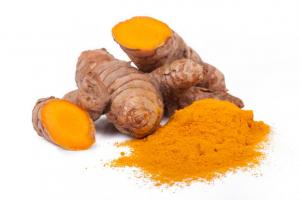 The genius of Dr. Dale Bredesen’s approach to improving cognition is that he incorporated any and all interventions with any valid evidence that they might be helpful. In particular, he was open to the wisdom of Ayurvedic medicine, an ancient form of medicine from India in which the medications are herbal not pharmaceutical.

He includes in his protocol  one of the best established Ayurvedic medicines—curcumin—derived from turmeric, the spice heavily used in Indian cooking that imparts a savory taste, a pungent aroma and a golden color to much Indian food. In a circular series of names, the plant is Curcuma longa, from which comes the spice turmeric, which when purified yields the therapeutic supplement curcumin. (You might see turmeric root next to ginger root—they’re related—in your local produce section.)

Turmeric has been credited for India’s markedly lower rates of prostate cancer (now inching up with more Western food and obesity) and Alzheimer’s disease (4.4 times less prevalent compared to the US.) The main drawback is that to achieve a therapeutic dose you have to either use LOTS of turmeric (tablespoons in every meal?) or pay a bit more for a bio-available form of curcumin.

Curcumin has been well studied.  Unlike most pharmaceutical drugs, curcumin has been found to act in multiple ways that all can benefit cognitive function. We know that it boosts activity of the immune cells that help clean up beta-amyloid, calms the over-activity of certain inflammatory cells in the brain, encourages development of new brain cells, is anti-inflammatory (much like anti-inflammatory drugs but without the adverse side effects), is protective against the toxicity of certain heavy metals, lowers the type of cholesterol that may aggravate Alzheimer’s disease and appears to have no significant side effects at therapeutic doses.

Which brings me to my point: based on its effectiveness on reducing the inflammation in my own knees (arthritis), I have used the product Theracurmin by Integrative Therapeutics. A recently published placebo-controlled trial checked its effectiveness in the brain by following cognitive performance and PET-scan observations of beta amyloid in forty adult brains. (Note that these folks did not have dementia: the bad news is that past a certain age we all make some amyloid; the good news is that it can be removed and that our brains can function better, at any age.)

In the trial, folks took a capsule of Theracurmin twice a day for 18 months and over that time the adults had improved cognitive function and better brain pictures in the areas modulating both mood and memory.

My takeaway is that I will increase my recommendation for cognition patients (especially those with high cholesterol or evidence of inflammation) and suggest that they take once capsule of Theracurmin TWICE a day.

Solutions for Osteoarthritis
DIY Memory Health, Part One of Three
You can do a lot for yourself, for your own brain and memory health. You can improve your own memory by attending to clearly identified details of diet, lifestyle choices, and getting serious about some crucial supplements. I'll divide up your work... [read more]
DIY Memory Health, Part Two of Three
How is your brain rejuvenation program going? In the first article here, I described the basic lifestyle habits associated with improved and maintained brain function. Specifically, let’s talk about each step and where to go from here.
DIY Memory Health, Part Three of Three
Just this week in the news one of the brain exercise programs announced some great results with brain training games. The current study was a re-analysis of former data collected over a ten-year period observing almost 3000 healthy older adults.... [read more]