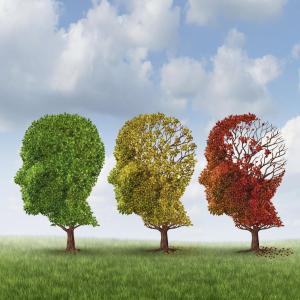 I’ve been slacking, so there’s a lot to catch up on, find a comfy seat and good lighting. Thanks to all the brilliant people I follow on Twitter (especially Benjamin Bikman, PhD )  for alerting me to some of these pearls! I hope you enjoy them.

Egads, cluster headaches are certainly well deserving of the name, “cluster” reminding us more often of a certain phrase that starts with cluster and ends with something rhyming with luck! Cluster headaches are typically bolt-out-of-the-blue pain attacks that may be relatively brief, but equal in suffering to longer headaches. Intense pain can jab around an eye or farther back on the side of the head, lasting from 15 minutes to several hours, often accompanied by watering or swelling of the eyes or nose. And they do indeed come in clusters: the pains arrive, repeat frequently for a few days—or worse a few months, then to disappear. Notoriously difficult to treat, folks end up taking “triptan” drugs, invented to prevent migraines, but unfortunately the cause themselves of “rebound headaches.”

Good news! In a recently published study, eighteen folks with cluster headaches for whom drugs had not worked were put on ketogenic diets. Fifteen of them had excellent (11) or partial (4 of them, > 50% reduction) relief adhering to a ketogenic diet for three months. (And while they were at it, probably improved their waistline, metabolic health and cognitive function.)

Obesity and the Brain

If you’re concerned about your brain, watch your waistline. We’ve known for some time that in addition to a host of other problems (diabetes, heart disease, cancer), obesity is associated with impaired brain function, both cognition and motor control.   The brain of an obese individual is less likely to demonstrate plasticity: that otherwise wonderful feature of our brains that allows for a “backup plan” if any part of our brain is impaired or injured.

Two related studies have been shared recently focusing on children and their obesity (it’s not declining as we had hoped  ) and the effect on their brains: it’s not good. A report out last year looked specifically at adolescents: the obese among them just can’t keep up with brain activity of non-obese. In different studies, we can see differences in processing speed, impulse control, or attention span. The prospect of obesity in children is daunting to me; adolescents and even younger children can be very sensitive to criticism, making it difficult to discuss a health concern that so closely relates to appearance and likability. For those of us old enough to be watching our own waist, though: take heed. Keep your waistline less than half the measurement of your height to optimize brain function.

Melatonin Magic for your Brain

It turns out that melatonin can help our brains in many ways. The best known effect is that it can help sleep, when taken in small doses at a regular time in the evening. Not a true sleeping pill, but rather a sleepy-time reinforcement. And sleep is incredibly wonderful for our brains! Just read here…

Melatonin has an additional role specific to the prevention of Alzheimer’s disease, which is characterized by cognitive decline and the accumulation of amyloid plaques, often in the setting of insulin resistance. Alzheimer’s is called Type 3 diabetes by many researchers, because insulin resistance makes the “wall” around the brain extra leaky and creates even greater resistance problems within the brain:

Melatonin can interrupt that process in  a variety of ways:

I have said before that over a certain age, our melatonin levels usually decline, and that we might all benefit from taking melatonin. In the past I have been thinking of melatonin’s beneficial effect on sleep and our immune systems. I will now add that melatonin also helps our metabolic function and cognitive health.

And finally, yet another cause for cognitive concern. Those of us interested in preventing and reversing cognitive decline are painfully aware that the process starts years, if not decades, before medical attention is sought. Here’s a newly identified clue: In this study of older women (72 years old as an average) found that those whose sleep crept up to over nine hours were at double the risk of developing dementia over the next decade. The risk was enhanced even more in those with any pre-existing cognitive impairment or less than a high school education, both significant and independent risk factors for dementia. If you’re sleeping more, your brain could be shrinking and you could be at risk for dementia. But don’t despair: see a doc who can do something about it, or take matters into your own hands!

Dementia is an enjoyable if arduous task to prevent (good diet, healthy lifestyle, handful of supplements) but it’s less enjoyable and more arduous to reverse it. Interestingly, although less educated people are at greater risk for dementia, those who are intelligent and/or highly educated are at much greater risk for a delayed diagnosis, as they are better able to compensate along the way.

Have you had your “cognoscopy”? Start with measuring your waistline and charting your sleep. Then check with a brain-literate doctor to find out where you are with your brain health. (Visit MPICognition.com to find a physician in your area experienced in the functional medicine protocol devised by Dr. Bredesen.)