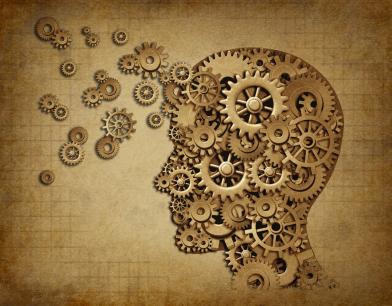 Dementia, or memory loss, is a concern to all of us. We all want to maintain the health of our brains, yet often encounter some degree of confusion and/or denial when we think about how to do that.

A patient I'll call Bea has been an elegant and regular visitor to my practice for the last 15 years. Well into her 80's she is still fastidious about her appearance, but struggles to keep up with all the other details of her life. She is aware she is not as sharp as she used to be, but doesn't recognize the problem with outright memory lapses.

“I have NEVER taken that supplement I would know it!” and ten minutes later, “Oh yes, now I remember, I ran out of it and wasn't sure if I should replace it.” As we work together on her increasing dementia, she had the clarity to say, "I wish I had started following your advice earlier."

What Is Known About Dementia

Loss of memory and reasoning ability are the aspects of mental decline most feared, but the ravages of dementia also cause changes in personality and behavior and loss of ability to perform simple activities, such as walking or swallowing. One in eight older Americans has Alzheimer's, a number likely to increase rapidly as baby boomers age. In 2012, it is estimated that 5.4 million Americans have Alzheimer's, the greatest majority of them over the age of 65. Onset younger than 65 is considered unusual. Alzheimer's is also called Type 3 Diabetes, for the similarities in problems of glucose metabolism.

The criteria for a diagnosis of dementia include a decline in both memory and at least one of the following abilities:

Important medical considerations involve a thorough screening for any metabolic abnormality that might masquerade as or aggravate dementia. Medical testing should include evaluation of thyroid status and iodine level, levels of vitamin B12, folate, and D, general blood counts and metabolic profiles, as well as brain imaging studies (CT scans and/or MRI's). For folks with adequate B12 levels but any symptoms suggestive of B12 deficiency, consider asking your doctor for an MTHFR (methyl tetrahydrofolate reductase) test, which identifies a not uncommon genetic variant in which B12 and folate must be taken in their methylated forms to be effective.

Individuals usually note symptoms first, but with a degree of intelligence, they are able to conceal the problem from others. Once dementia is diagnosed, it is usually the case that a fair degree of cognitive loss has already occurred. At that time, a neurologist should be consulted to confirm the type of dementia, by tests including brain visualization (usually an MRI) as well as studies of the blood and perhaps the spinal fluid. A patient may have one or more of the following categories of dementia:

Conventional treatment of dementia is never curative, but only can help with symptoms. Medications prescribed fall in one of two categories, either medications that inhibit the recycling of neurotransmitter (brain information messengers) molecules, or medications affecting mood changes seen in some people with dementia. Conventional medicine will certainly step up with some better options for treatment: one just reported relates to the thought that Alzheimer's is a type of diabetes, shows improved mental function with intra-nasal applications of insulin to patients with Alzheimer's!

On the other hand, the only trial of comprehensive lifestyle management of dementia showed a 90% strongly favorable response, with not only improved memory and executive function, but also return of the diminished brain volume on MRI.

What causes the brain changes of Alzheimer's disease is the million dollar question and there is obviously no simple answer. High insulin levels (sugar! carbohydrates!), inflammation and nutritional deficiencies are some of the culprits we can remedy with our choices of food and supplements. With those thoughts in mind, sound nutritional and lifestyle choices can minimize toxins and optimize brain health and longevity.

Important risk factors might be identified through genetic testing at 23andMe.com. The gene known as ApoE comes in three forms, and the most common type is epsilon 3 or ApoE3. If you received a 3 from both your mother and father, you are ApoE 3. On the other hand if you received a 3 from one parent and a 2 or 4 from the other you would be an ApoE 2/3 or ApoE 3/4. The final possibilities are to receive 2 of the atypical genes to constitute a genotype of ApoE 2/2, 2/4, or 4/4. Here's the Alheimer's link: one copy of ApoE4 increases risk to about 25-33%, and two copies raises the risk to greater than 50-75%.  On the other hand, ApoE 2 confers a modest degree of protection. Knowing you have one or more copies of ApoE 4 should inspire the adoption of a healthy lifestyle regardless of whether symptoms have appeared or not!

For the greatest health improvement with the fewest steps, do the following:

A full program involves many areas in which action steps can be taken, gradually or all at once. You will be your own most valuable health manager. Some of the suggestions below include flexibility: balance gentleness and honesty with yourself!

Start by following the basic nutrition and healthy lifestyle guidelines, with the following modifications:

In addition to all the dietary and lifestyle suggestions listed above, some unusual findings suggest additional steps that may help keep dementia, or specifically Alzheimer's, at bay:

Homeopathic treatment for memory problems or dementia must be individualized in cooperation with a skilled practitioner of homeopathy. Slowing mental decline is possible in individual cases with the correct remedy.

For an excellent discussion of brain health in general, I encourage you to read Nora Gedgaudas' book, Primal Body, Primal Mind . Thoroughly researched yet easily readable, her book convinced me of the neuro-toxicity of gluten sufficiently to get the last traces of gluten out of the kitchen! Newly released in 2013, Dr. David Perlmutter's Grain Brain arrives at the same conclusion from his years as a practicing and research neurologist.

I have applied her insights as well as the recommendations listed in this article to my own life and particularly with those patients worried about the health specifically of their brain. My patient Bea, whom I mentioned at the top of the page, is doing her best to comply with my recommendations for coconut oil daily, and her family and I believe there has been some help. A friend of mine consulted with me about her father: he's been the longest trial. 18 months on coconut oil, slightly improved and no further deterioration.

This is an emerging field of study: nutritional treatment for emerging dementia. I will be curious to hear of your experiences when you implement some or all of these suggestions.

Related Articles:
Chicken Stock (Bone Broth Soup)
A Ketogenic Diet, the Short Version
What to Think About Vitamin D?
It’s flu season and I don’t want to get sick. What do I do?
Alzheimer's Disease Awareness Month
Inadequate Vitamin D Levels Linked to Alzheimer's Disease
DEBORAH'S BLOG
How do YOU make changes?
I recently had a conversation with a fellow member of our local Rowing Club, I'll call her Wanda. Wanda has recently transformed her exercise habits, quite dramatically [read more]
Health & Wellness News
How's your health span?
You’ve probably heard alarm that our US life expectancy has gone down during the pandemic (and actually a bit before that as well), but I would suggest that one reason [read more]

Chicken Stock (Bone Broth Soup)
1 whole free-range chicken or 2 - 3 pounds of bony chicken parts, such as necks, backs, breastbones and wings gizzards from one chicken (optional) feet from the chicken 4 quarts cold filtered water 1/2 tsp salt per quart of water 2 Tbsp. vinegar 1... [read more]
A Ketogenic Diet, the Short Version
A ketogenic diet is one that encourages your body to rely less on sugar-based fuels and rather to turn to fat and ketones (produced in the liver by metabolizing fat) for fuel.
What to Think About Vitamin D?
The recent news about vitamin D is confusing if you look to the news for insights about managing your health. Does it help prevent colds? What about more serious diseases? Health bulletins make good headlines, but they are often misleading and... [read more]
It’s flu season and I don’t want to get sick. What do I do?
No secret: people are sick more often with colds and flu during the winter. Possible reasons include loss of sunlight enriched vitamin D levels, exposure to cold and damp, indoor air quality, and greater indoor crowding. Most of these conditions... [read more]
Alzheimer's Disease Awareness Month
Did you know that November is National (US, I presume) Alzheimer’s Awareness Month? Actually every month is about a dozen things, but I’ve been ruminating on dementia recently, so it’s time to share some more thoughts.