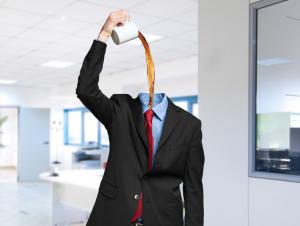 Have you ever felt that your brain was foggy, just couldn't do the work you wanted it to do?  You think of intravenous caffeine? A "hungry" brain, lacking fuel is one of the key components of Alzheimer's disease.

You may have seen recent news articles, each claiming that the key to Alzheimer’s has been understood:  in one case it was the herpes virus, in another it was bacteria in the mouth—there have been many. Each of these was describing a separate and single cause of oxidative damage in the brain.  There will never be one single cause of Alzheimer's disease, but perhaps each of the many pathways shares a common feature, namely the inability to use glucose as a fuel for the work of the brain.

Two recent studies highlight key aspects of fueling the brain, let's look at them, and no--the answer is not more caffeine, though that can help!

Nutrition.  In the journal by that same name, Nutrition, New Zealand based researchers Bloom, Shaw and Rucklidge describe “The Ketogenic Diet as a Potential Treatment and Prevention Strategy”   for AD. Reminding us that science has long known part of the AD pathology, namely that glucose—a common fuel for the work of the brain—doesn’t seem to be helpful in a brain afflicted by AD. The loss of fuel for the brain results in the death of individual brain cells and eventual shrinking of different parts of the brain. When the hippocampus* shrinks, the person loses the ability to store new memories. Loved ones of Alzheimer’s patients notice that questions are asked repeatedly in a single conversation and the answers not retained.

The NZ researchers note that the renowned amyloid plaques and tangles seem not to be the cause but rather the marker of AD, and problems with metabolism in the brain seems to underly the accumulation of those plaques and tangles. Looking at the brain with a PET scan, even decades before symptoms appear, can document reduced utilization of sugar within the brain. The only alternate fuel usable by the brain would be ketones, either taken by mouth or produced within the body.  The dilemma in existing studies is that ketogenesis, achieved by supplementation without reducing dietary carbohydrates, has not helped cognitive work in those who have the ApoE4 gene.  It appears that those with the ApoE4 genes respond uniquely to carbohydrates in the diet, especially fruit, and are unable to produce ketones as well as those without the ApoE4 gene.

Short version: carbohydrates are no longer brain fuel in someone with Alzheimer’s. Ketones would work as a great substitute. For those who are ApoE4-, ketones will be produced and useful with the addition of MCT oil (or at NMC we like MCT fiber.)  For those who are ApoE4+ ketones production is only optimal on a low carbohydrate diet (especially low in fruit or high-fructose corn syrup), and can be boosted with MCT oil or fiber.

Inflammation and nutrition.  In Nature Reviews: Neuroscience, researchers Butterfield and Halliwell elaborate on the theme of fuel shortages on the brain. Their article titled “Oxidative Stress, dysfunctional glucose metabolism and Alzheimer disease” appears this month (February, 2019.)   The obstacle to glucose use in the AD brain is brain-specific insulin resistance, which can be augmented by inflammatory processes affecting the brain. Specifically, an excess of inflammation and a relative deficiency of anti-inflammatory molecules are both cause and effect of type 2 diabetes, the next step after insulin resistance.

What causes inflammation? We encounter inflammatory factors on a regular basis, but we can keep them to a minimum if we reduce our exposure to toxic chemicals (buy organic food, don’t spray Round-Up on your lawn), excess omega-6 fatty acids (avoid commercial salad dressings and processed food), and toxic molds in our food (bulk food is problematic) and homes.

What reduces inflammation? An anti-inflammatory diet helps a lot, and we can also benefit from key anti-oxidants such as

No single intervention holds promise for reversing Alzheimer's disease, but the common factor in all complex and personalized solution, is a brain-friendly diet. Dr. Bredesen calls it the Keto-Flex diet and describes it in his book, The End of Alzheimer's.  Eat real food, avoid grains and perhaps dairy; definitely avoid excessive fruit or sugar in its many forms. Eat good fats. Supplement with MCT oil or other derivatives of coconut oil. Exercise and rest your body and brain. And finally, personalize the whole program based on your personal history, lab tests and inclinations!

Please give us a call at NMC if you’d like to know how such a program might be helpful for you. 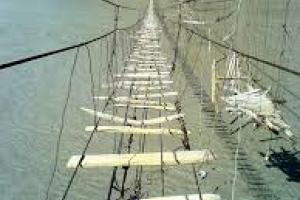 How many times have you thought, “Sheesh 2020 has been a bitch of a year, hope 2021 is better!” ?  How many times today? Our wonderful, brilliant, sensitive and [read more]
Health & Wellness News
My COVID Cautionary Notes

DIY Memory Health, Part One of Three
You can do a lot for yourself, for your own brain and memory health. You can improve your own memory by attending to clearly identified details of diet, lifestyle choices, and getting serious about some crucial supplements. I'll divide up your work... [read more]
DIY Memory Health, Part Two of Three
How is your brain rejuvenation program going? In the first article here, I described the basic lifestyle habits associated with improved and maintained brain function. Specifically, let’s talk about each step and where to go from here.
Brainy News #2, About Sugar
I hope this is actually not new news to you, but an article in this week's The Atlantic lays out the utterly clear and repeatedly confirmed connection between eating too much sugar (it's less than one might think!), keeping too much of it in our... [read more]