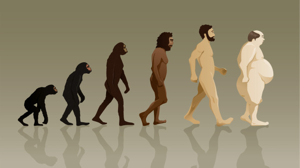 The Paleo Diet has been inspired by the study of our own human history. The Paleolithic Period began about 2.6 million years ago with the first use of stone tools by pre-historic humans and ended about 10,000 years ago. In the Paleolithic Period, humans formed small groups and survived by hunting and gathering food. The end of the Paleolithic Period is marked by human groups settling in one era, introducing agriculture, religion and culture that has survived to the current day. Humans clearly evolved during the long Paleolithic period, developing physically and genetically. The successful survivors of that era thrived because they were eating and living in a way highly compatible with their genetic structure. It is possible our genes have evolved to some degree over the more recent 10,000 years, but it is most likely that this change is small.

The Paleolithic Period was not entirely uniform: hunter-gatherer tribes varied in their use of fire or their ability to fish for food. Surprisingly, a great deal of evidence indicates that the hunter-gatherers, dependent on the whims of nature for their food, were actually healthier in many ways than the early farming communities that developed later. Controversies exist concerning what Paleolithic people actually ate, leading to some differences among adherents of the Paleo Diet.

Essentials of the Paleo Diet are well agreed upon, as well as the belief and observation that following such a diet, particularly in the setting of a Paleo Lifestyle enables one to prevent and even reverse many of the diseases associated with life in the modern world.

Vegetables and fruits are allowed, optimally eating all the natural colors every one to three days.

Dairy is negotiable: either none, or just butter, or just fermented dairy, or reasonable amounts of raw dairy, not meant to replace meat sources of protein.

Now here's the trick: where The Paleo Diet gets downright personal. How do you feel after six weeks following this diet? Has your psoriasis cleared up? Your fibromyalgia eased up? Terrific! Or are your migraines still plaguing you? Your eczema no better?

If you're BETTER, you get to think about slowly and gradually re-introducing missed foods, one by one, at least three days per food. I would suggest saving gluten-containing foods to last or never, it's the most problematic category for digestive health and anything affected by digestive health...uh, which is pretty much everything.

If you're NOT BETTER, consider the next six weeks restricting further to the Autoimmune Paleo Protocol, which will eliminate eggs, nuts, nightshades and some other frequently problematic food groups. This is an excellent diet created and described by Sarah Ballantyne. My ONE area of disagreement with her is that I would eliminate shellfish: densely nutritious as they are, they are also a source of potential food allergies. So, sorry, no shrimp for now.

Contrary to what one might think, our Paleolithic ancestors lived a remarkably relaxed life, with little episodes of absolute urgency - either to catch dinner or to avoid being dinner. They worked an average of 5-10 hours a week to obtain food and maintain their lives. They spent a great deal of time relaxing, socializing with family and friends, and resting.

Their lifespan was of course compromised by the primitive conditions. Mortality occurred in childbirth and from trauma. Infectious diseases took their toll generally in childhood, and generally before the age of 30. Paleolithic people surviving to 30-40 years of age generally had the same life expectancy we do now, with one stunning exception: they remained vital, free of evidence of chronic disease, until they died. If this information is confounding to grasp, I refer you to Dr. Loren Cordain's excellent paper on the subject.

We, too, can make lifestyle choices that can increase the likelihood that we remain healthy late in our lives. 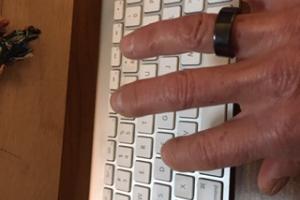 If you were to ask me what my greatest health challenge was, I would have answered you with clarity and assurance, "I am just not a very good sleeper."  I might explain [read more]
Health & Wellness News
Helping a Sugar Resistant Brain

Health Topics Delete
Ideal Diet
I'll start right off with admitting that it's a little naive to imagine that there is a single "Ideal Diet" that works for everyone. From decades of clinical practice, individual variability is the principle of reality that is most often confirmed... [read more]
Low Carb Weight Loss
Fad diets come and go, but in my practice, I follow the science more carefully than I follow the fads. In doing so, I have been tremendously impressed with the work of Gary Taubes, who has meticulously detailed the science behind the low-... [read more]
Which Mediterranean Diet is Right for You?
Interest in the Mediterranean Diet began with the attention of Ancel Keys in the 1950's when he learned of the historically low incidence of heart disease in Italy. Keys described the diet and then made an error of scientific judgment. He assumed... [read more]
Autoimmune Disease