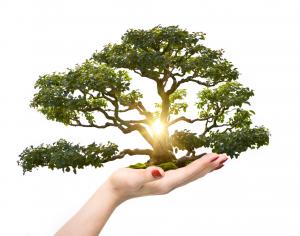 How do I get to GOOD?

Or, in other words, if my tests suggest something is amiss, what do I do? Let's just talk about hypothyroidism, which raises the possibility of replacing, by prescription, thyroid hormone. Hypothyroidism, whether overt or subclinical, takes a toll on normal physiology and will generally get worse if treatment is delayed. You have many options for treatment, starting with two special considerations:

Treatment of overt hypothyroidism should both enhance personal well-being and normalize blood tests. For those who want to avoid taking a prescription medication, I recommend a well-formulated glandular, containing dessicated preparations of whole thyroid glands. My favorite brand is Dr. Ron’s Thyroid Glandular (with Liver), containing 30 mg of  thyroid from grassfed New Zealand cows. Doses range from 1-3 capsules with each meal. There is a variable amount of thyroid hormone, with the nutrients that comprise a thyroid gland. This option is more “organic”, but more expensive as well as less consistent and predictable. For committed patients, it can work well.

For patients considering prescription forms of thyroid, the choice is essentially between dessicated whole glands – taken from pigs, standardized for predictable dosing, and synthetic hormones, manufactured to mimic our own natural versions of T4 and T3.

Dessicated thyroid in the US is made by three pharmacies, each with a different name, and each contains approximately 80% T4 and 20% T3, with non-specific but perhaps helpful doses of T1 and T2, as well as a small dose of iodine, along with other thyroid gland components. In clinical trials, patients generally feel “better” on dessicated thyroid: perhaps because they contain other thyroid components, or perhaps because the alternate synthetic forms contain so many “inactive” ingredients. I usually start people on dessicated thyroid, unless they clearly have a low Free T4 with an optimal (upper end of normal) Free T3.

Synthetic thyroid prescriptions were once considered the only safe route, as dessicated thyroid preparations couldn’t be well standardized. That all changed in the mid-1980’s, but you wouldn’t know it to talk with many thyroid prescribers, who favor the “consistency” of synthetics. Most of the synthetics contain artificial dyes.

A final prescribing option is to have your dose compounded at a compounding pharmacy. The potential benefit is an individually tailored dose, considering both symptoms and blood test results. The down side, ironically, is that the quality control of dosage is less precise than that of pharmaceutical thyroid preparations.

However thyroid replacement is prescribed, the goal is that the patient feels better and that the lab tests are normalized.  Some people are “delicate snowflakes” requiring several steps to tweak the prescription until every consideration is optimal. People with Hashimoto’s are most likely to fall into the snowflake category, partly because the magnitude of their inflammation changes, which affects the activity of their own hormones. Others are fairly hardy, and do well with a variety of prescriptions, and with a range of lab tests.

An important consideration, outside of the conventional medical world, in starting thyroid treatment is adrenal health. It is not uncommon for both glands to be suffering at the same time, and addressing one without the other usually creates short-term improvement and long-term confusion. Conventional docs tend to believe adrenal function is either perfect or absent, but most alternative or integrative practitioners have seen fluctuations in adrenal levels that are clearly subnormal and in need of attention. A topic for another day.

Related Articles:
Thyroid Thicket - Part One of Three
Thyroid Thicket - Part Two of Three
Hashimoto's Thyroiditis
DEBORAH'S BLOG
How do YOU make changes?
I recently had a conversation with a fellow member of our local Rowing Club, I'll call her Wanda. Wanda has recently transformed her exercise habits, quite dramatically [read more]
Health & Wellness News
How's your health span?
You’ve probably heard alarm that our US life expectancy has gone down during the pandemic (and actually a bit before that as well), but I would suggest that one reason [read more]

Thyroid Thicket - Part One of Three
Thyroid - that little butterfly shaped gland at the base of your front neck (under the knot of your bow-tie?) produces thyroid hormones that impact and interact with every other hormonal and metabolic system in the body. Every cell has a receptor... [read more]
Thyroid Thicket - Part Two of Three
Here’s the million dollar question, because most large medical clinics have switched to “efficient” thyroid testing, which I would call perhaps efficient but in the long term, absolutely insufficient. Bare bones testing checks just the TSH (the... [read more]
Hashimoto's Thyroiditis