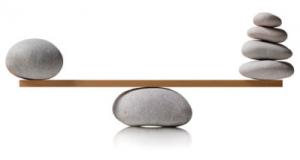 Which Lab Tests to Tackle the Thyroid Thicket?

Here’s the million dollar question, because most large medical clinics have switched to “efficient” thyroid testing, which I would call perhaps efficient but in the long term, absolutely insufficient. I would call it "bare bones" testing.

Bare bones testing checks just the TSH (the messenger from the brain’s control center, turning on thyroid hormone production) with a “reflex to T4”, the free T4 only ordered if the TSH crosses a worrisome threshold, usually set too high, in my opinion. Such testing will identify “overt” hypothyroidism, namely when there is an elevated TSH and a sub-normal T4 level.

Current normals vary among labs and physicians, but are something close to the following values for adults:

Overt, clinical hypothyroidism occurs when the TSH is over 4.70, and  levels of Free T4 and/or T3 are abnormally low.

On the other hand, subclinical hypothyroidism can also lead to other problematic health conditions – all of the conditions mentioned in Part I (see here) – and occurs when you have either an elevated TSH but the thyroid hormones themselves are normal or  a so-called normal but not optimal TSH with normal or low thyroid hormones.

At least twice – 1995 in England, 2003 in the US – panels of experts agreed that the current upper limits of TSH were set too high, and missing genuine cases. The panels suggested lowering the acceptable levels of TSH to somewhere between 2 and 3.

But in the US in 2012, that hasn't happened and we went back to back to 4+ as the upper limit of normal. In my medical practice, I consider any TSH value over 2.0 as potentially problematic, and proceed according to the patient’s situation. If someone has numerous symptoms of hypothyroidism with a TSH over 2.0, I find that replacement is usually helpful, whether the T4 and T3 are normal or abnormal. With supplementation, the thyroid hormone levels usually stay about the same, but the TSH goes down to be low 2. It is the patient’s decision, based on symptoms or lab tests, whether to continue with thyroid in that situation.

But of course, in my own practice, I start with more than just the TSH. I consider a basic set of thyroid labs, ordered with any suspicion of thyroid imbalance, to include the following (with optimal results for each):

You may think that list suggests a lot of vitamin, or nutrient, testing for a thyroid problem, and you are right. Thyroid hormone is very complicated to produce adequately, requiring adequate or optimal levels of the wide variety of nutrients listed above. Sometimes we find that apparently low thyroid numbers are associated with low iodine or low zinc levels. Normalizing those levels might make a prescription for thyroid hormone a temporary intervention, as opposed to the conventional medical “wisdom” that once you need thyroid hormone, you will always need it.

The antibody testing is not usually performed routinely by other approaches, but I would argue that to be an illogical stance. It is estimated that 80-90% of all disorders of thyroid hormone production (and some disorders of thyroid nodule formation) are auto-immune in nature. In many if not most cases of autoimmune thyroid disease, gluten is a powerful culprit. Gluten causes at least transient leaky gut (increase in intestinal permeability) in all people, and persistent leaky gut is thought to be a significant component of autoimmune disease in general, and thyroid disease in particular, as the gluten molecule bears an uncanny resemblance to normal thyroid tissue.

You can see why I consider Thyroid Disease to be a largely Neolithic condition. Whether it is nutrient deficiencies or exposure to gluten, these are both conditions more associated with our modern, agricultural diet and lifestyle, and not present during Paleolithic times. I encourage patients with autoimmune disease to take the Paleo challenge: six weeks without grains, legumes, or dairy. Symptom relief can be dramatic. Re-introduction of foods proceeds one food at a time (three days per food), and I suggest gluten is permanently on the "rare occasions only" list.

Additional testing that I consider:

Then there is the topic of thyroid replacement, which is also complicated, and I’ll get to in Part Three.

Related Articles:
Hashimoto's Thyroiditis
Thyroid Thicket - Part One of Three
Thyroid Thicket - Part Three of Three
DEBORAH'S BLOG
How do YOU make changes?
I recently had a conversation with a fellow member of our local Rowing Club, I'll call her Wanda. Wanda has recently transformed her exercise habits, quite dramatically [read more]
Health & Wellness News
How's your health span?
You’ve probably heard alarm that our US life expectancy has gone down during the pandemic (and actually a bit before that as well), but I would suggest that one reason [read more]

Hashimoto's Thyroiditis
Thyroid Thicket - Part One of Three
Thyroid - that little butterfly shaped gland at the base of your front neck (under the knot of your bow-tie?) produces thyroid hormones that impact and interact with every other hormonal and metabolic system in the body. Every cell has a receptor... [read more]
Thyroid Thicket - Part Three of Three
How do I get to GOOD? Or, in other words, if my tests suggest something is amiss, what do I do? Let's just talk about hypothyroidism, which raises the possibility of replacing, by prescription, thyroid hormone. Hypothyroidism, whether overt or... [read more]