We're Not Better, but We Could Be! 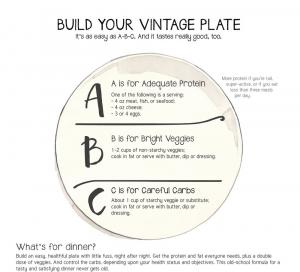 In fact, we're actually getting fatter. A study recently published in JAMA reports that among young folks, obesity has climbed from under 17 to over 18%, and specifically and most alarming: looking just at 2-5 year olds, at first we thought things we're getting better, but over the study period (2007 to 2015), obesity increased from 10% to almost 14%. Among toddlers!

We adults are not setting a good example: adult rates of obesity climbed from 33.7 to 39.6%, mostly from increases among women and in those over 40, both genders.

In general, we are eating according to the U.S. Dietary Guidelines and exercising more than ever.

What on earth could be going on?

I imagine you're not surprised that I have some ideas, and that you already know them, and probably can add to the list, but they all come down to ways that our normal human metabolism, which kept us essentially "trim" for millions of years, now seems to make so many of us fat. Our metabolic regulators seem to be broken, from...many causes, but let me just focus on two:

​How about you, have you resisted the modern trends? Are you pleased to say you are swimming against the tide?

(The image above is from Dinner Plans, and mimics the guidelines in my FAR MORE BORING handout at the office: every time you eat, start with adequate protein, with the fat that naturally comes with the protein; add non-starchy vegetables! I can't believe I picked the one illustration in the book that's not brimming with color. Ah well, check out the book yourself, and hand off a copy to some new cooks, some experienced cooks: good for anyone.)

Farmers' Markets for Weight Loss?
A mapping organization had a clever idea, and they mapped the location of Farmers’ Markets all across the United States as well as the obesity rates.
Sleep for Weight Loss
Sleep deprivation is associated with an increased risk of obesity, presumably by altering the hormones our body produces and releases during sleep hours. Some interesting findings in the study, such as an increased progression from pre- to full... [read more]