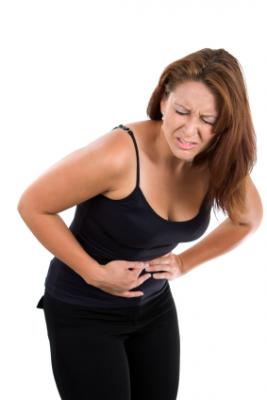 How complicated can digestion be? If you suffer from irritable bowel syndrome (IBS), you know that one of the body's natural processes can seem to go all haywire under certain conditions. You may have experienced how uncomfortable and even debilitating the condition's intestinal cramping, bloating, gas, diarrhea, and constipation can be. Fortunately, even though the symptoms of IBS can be severe, irritable bowel syndrome is not associated with more serious diseases such as colon cancer. You may also be relieved to know that irritable bowel syndrome doesn't cause permanent damage to your colon.

Despite the fact that IBS is a relatively benign disorder, it certainly doesn't feel that way when you're in the grip of an attack. Although the symptoms are unpleasant, the most serious issue associated with irritable bowel syndrome is likely its effect on your quality of life. People suffering from IBS may find themselves avoiding social engagements and other outings out of embarrassment or fear that they might suffer an attack. Because conventional medicine offers little relief for IBS, sufferers can end up feeling frustrated, anxious, and depressed, which exacerbates irritable bowel syndrome's symptoms.
Although it generally takes time and persistence, most people with IBS can control the often heal from it making simple changes in diet and lifestyle. In addition, I recommend several natural supplements that can help create a healthy intestinal environment, alleviating irritable bowel syndrome's symptoms.

What Is Known About Irritable Bowel Syndrome

Everything we know about IBS is in the process of changing.  We once thought IBS difficult to diagnose because the symptoms range from mild to severe and may be chronic or intermittent. The actual symptoms vary from person to person. Most people with irritable bowel syndrome report periods of time when the symptoms are severe as well as spells when they improve or even disappear completely.

We now know that there are verifiable changes in the small bowel that can be relied upon to diagnose IBS definitively and confirm it as an organic, not a psychiatric disease!

To help identify irritable bowel syndrome, researchers used to rely on a set of diagnostics known as the Rome criteria. For an IBS diagnosis, you must have abdominal pain and discomfort lasting at least 12 weeks (the weeks don't have to occur consecutively). In addition, you must also experience at least two of the following:

For true IBS, we used to think there a variety of contributory factors. We now know that IBS starts with a case of gastroenteritis, during which the body develops one and then a second set of antibodies that irritate bowel's normal function.. With IBS, instead of a coordinated rhythm, the contractions may be stronger or more frequent, causing food to move through too quickly, which can trigger bloating, gas, and diarrhea. Conversely, the intestines may contract slowly and irregularly, causing constipation. Other contributing factors include a lack of healthy flora in the intestinal tract, food and sensitivities, and emotional stress.

The diagnostic tests for IBS are two: if you suspect IBS, you must be tested for Anti-CdtB and Anti-vinculin antibodies. If one or both of those are positive, you should be tested for SIBO with a lactulose (not glucose) breath test that looks for methane and hydrogen for a full 3 hours. (An upcoming article about SIBO will offer more details, but let's say it's been poorly understood before now, AND that it's very complicated.

If the antibody tests are negative, you do not have IBS. I remind myself with each irritable bowel patient that there are 6 possible conditions for which treatment can reverse the symptoms of IBS. Specific tests identify each condition, and treatment can be individualized according to diagnosis.

For the greatest IBS improvement with the fewest steps, do the following:

For IBS combined with SIBO, you will require treatment with an antibiotic, either herbal or pharmaceutical, as well as a prokinetic agent.

For IBS the treatment the most likely to be successful is a course of the the pharmaceutical antibiotic Rifaximin as well as attention to dietary triggers.

For either category of IBS, it would also be wise to attend to healing a possibly irritated lining of the intestine, with wise dietary choices (bone broth, fermented foods, and probiotics) as well as supplements such as colostrum, N-acetylcysteine, and/or L-glutamine. Look for more details in the upcoming SIBO article.

A comprehensive program involves many areas in which action steps can be taken gradually or all at once. Start by following the basic nutrition and healthy lifestyle guidelines with the following modifications:

We now know that irritable bowel syndrome results from a persistent and troublesome bacteria that takes advantage of a depleted microbiome following food poisoning, or some other virulent form of gastroenteritis with diarrhea. Restoring important lacobacillus species, particularly lactobacillus rhamnosus, can help prevent the development of IBS. L. rhamnosus is available in Allergy Research Group's Lactobacillus plantarum/rhamnosus/salivarum combination probiotic.

Match the remedy description to your most consistent irritable bowel symptoms. Take two pellets of the 30C remedy at the start of any symptoms. Repeat twice daily as needed. Take the remedy less frequently as you improve. Lack of improvement after a week would suggest the need for picking a second choice remedy. Symptoms noted in bold are the most helpful, match those first. Remedies are available through my office by following this link.

Over the years I'd say about a third of people complaining of any kind of bowel troubles are easily relieved by following the nutritional suggestions above, another third with the right homeopathic remedy, and the final third seem to need a lot of sleuthing and attention to figure out the problem.

Ben came to see me about a year ago for an unusual problem which was a strange consciousness and discomfort in the lining of his mouth, affec tongue and gum tissue. It was hard to describe but it wasn't hard to remember when it started: right after those antibiotics he took for the travelers' diarrhea he had a few years previously. He had other problems but the tongue bothered him the most. Only after a couple months of probiotics restored his mouth to normal did we turn our attention to his abdomen which was still cramping and uncomfortable despite the probiotics. It's amazing that the tongue discomfort was that much worse than the IBS symptoms.

Full court press on the IBS included digestive enzymes, night time Melaton-5 and a constant struggle to resist the antibiotics his other physician hoped might help. Finally taking fruit out of his diet, as well as the morning breakfast cereal (processed grains, gluten containing and pasteurized milk), seems to be helping. If the problems persist, he did test positive for SIBO, so the antibiotic Rifaximin is one I won't mind him taking.

Related Articles:
Beet Kvass
Ideal Diet
Preventing Breast Cancer
Love your Microbial Body
GI Stress and Probiotics
L-Glutamine
Avoiding E.Coli Infections
DEBORAH'S BLOG
How do YOU make changes?
I recently had a conversation with a fellow member of our local Rowing Club, I'll call her Wanda. Wanda has recently transformed her exercise habits, quite dramatically [read more]
Health & Wellness News
How's your health span?
You’ve probably heard alarm that our US life expectancy has gone down during the pandemic (and actually a bit before that as well), but I would suggest that one reason [read more]

Beet Kvass
3 medium or 2 large organic beets, peeled and coarsely chopped ¼ cup whey (optional) 1 Tbsp. sea salt filtered water
Ideal Diet
I'll start right off with admitting that it's a little naive to imagine that there is a single "Ideal Diet" that works for everyone. From decades of clinical practice, individual variability is the principle of reality that is most often confirmed... [read more]
Preventing Breast Cancer
Love your Microbial Body
The Economist is not a usual source of health information, but a recent article offers a substantial and valuable insight into our well-being.  The article describes the various functions of the microbes  - bacteria and other microbes living... [read more]
GI Stress and Probiotics
In an interesting little study looking closely at inflammatory bowel disease mechanisms, mice were stressed and observed for their levels of stress related hormones. The hormones elevated during stress appeared to reduce the healthy gut flora and... [read more]