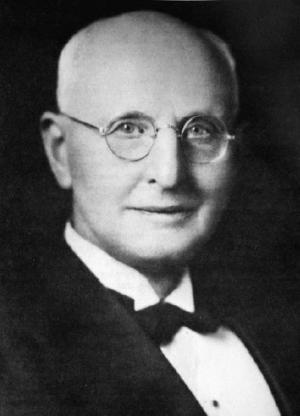 One of the fastest growing nutritional organizations and websites is the Weston Price Foundation, named for Dr. Weston A. Price, a Cleveland dentist who traveled the world in the 1920s, looking for the healthiest people on earth. What does modern nutritional science have to learn from a world traveler of a previous century?

Price began his journey with the question: “Why are our children’s teeth so distorted, crooked and full of cavities? How did people in the past survive without dentists?” Dr. Price found 14 different cultures around the world where people had beautiful teeth. He wanted to know how and why these people developed such good teeth. Western medicine is built on the study of disease, rather than health, but Price had a different approach in mind. The road less traveled guided him to discoveries that reached far beyond his initial quest for answers pertaining to dentistry, and he became known as the Charles Darwin of nutrition.

Weston Price's journey into the past

During a 100,000-mile journey that lasted nine years, Dr. Price traveled from little-known isolated island communities of Scotland to the Eskimos of northern America, visiting primitive tribes in Africa, New Zealand, and others in between. Price sought out people who had been largely untouched by civilization, living in the same way their ancestors had evolved in that same environment, and was able to compare them to family members exposed to newly introduced modern foods.  Dr. Price documented the introduction of what we now refer to as “diseases of modern civilization.”

Although the communities he visited differed vastly in their degree of modernization, Dr. Price observed that those who ate a traditional, natural, and high-nutrient diet had good teeth and bone structure. These people did not practice any form of dental hygiene, many had never used a toothbrush—yet their teeth were straight, white, and strong, with high dental arches. Price found that less than 1 percent of these natives had tooth decay.

Modern food practices and the decline of nutrition

Turning also to the methods of food production, Dr. Price remarked how primitive people managed to farm the same land for centuries while still maintaining the fertility and integrity of the soil. They were, out of necessity and tradition, organic farmers, and their agricultural practices were sustainable. Industrialized agriculture, on the other hand, has brazenly ignored the impact of current farming practices on the soil that will be bequeathed to future generations. Modern agricultural practices of mono-crop cultivation and the injudicious use of phosphate-based fertilizers have created vast tracts of dead soil over the course of just a few generations.

Noting declines in health after the introduction of processed foods did not provide Price with sufficient information to identify the cause of the decline. Yet Dr. Price found it particularly interesting that health declines in such widely separated and disparate cultures were remarkably similar despite wide differences in the apparent content of their food.

None of the 14 cultures Price studied ate exactly the same food, some of them eating completely non-comparable foods. They did, however, have a few crucial and telling common eating practices, and this is where Price focused his attention.

Dr. Price noted that all of the different groups ate fermented foods daily. Their diets were all made up of fresh, whole foods, free from the additives, colorants, and chemcals endemic to the modern industrialized diet, and, more importantly, these diets included saturated fat from animal sources. They also had sustainable means of  meeting their nutritional needs.

To Price, the fat-soluble vitamins found in animal products such as butterfat, shellfish, and organ meats from grass-fed cattle held the key to superior nutritional quality. In addition to vitamins A and D, Price noticed another fat-soluble vitamin, the then-unknown vitamin K2, which was later dubbed the “X Factor” and the “Price Factor.” It is only now, almost a century later, that science has identified the mystery essential nutrient as vitamin K2.

Dr. Price dubbed these fat-soluble vitamins “activators” because they allow minerals to be utilized by the body. He proposed that while calcium and phosphorous are present in skim milk, we need the butter fat to “activate” them for us to absorb the minerals. To Dr. Price, the biggest problem with modern food is that the fat-soluble activators have gradually been replaced with vegetable oils, fillers, binders, stabilizers, and additives. We have become overfed and undernourished by consuming what Price called “the impoverished foods of civilization.” Perhaps for the first time in history, we encounter co-existing epidemics of both obesity and malnutrition.

No one can ever repeat the research Dr. Weston A. Price assembled so meticulously. There are no longer sufficient numbers of isolated cultures living today who are untouched by civilization. Price's legacy of case studies, observations, and evidence provides a valuable touchstone for current trends in nutritional studies and holistic dentistry.

Dr. Price took early positions consistent with the current organic movement.  He was against the introduction of pesticides and the chemical processing of food. He was for supporting the earth so the earth can support us. He encouraged breast-feeding at a time when it had become unfashionable. Price denounced margarine for the denatured plastic substance that it is. He was prescient in a controversy still raging over the nutritional status of naturally occurring saturated fat: is it a boon for its fat-soluble vitamins or hazard to our health?  Modern research is tipping away from the demonization of saturated fat, and deficiencies of fat-soluble vitamins D and K2 are now recognized as substantial health problems.

In the first chapter of his book, Dr. Weston A. Price states, “The writer is fully aware that his message is not orthodox…” and suggests that the orthodoxy must yield to the laws of nature. A modern rendering might complete the sentence differently. “The writer is fully aware that her message is not orthodox, that it flies in the face of our modern love affair with fruits, vegetables, and low-fat foods at our best; and processed, packaged, and fast foods at our worst.  Yet orthodoxy must yield to a consideration of the findings of science.”

Dr. Price’s insights and observations are indeed finding vigorous scientific support in many quarters today. From the recent scientific exoneration of saturated fats (which no longer can be considered a cause of heart disease) to the decade-long investigation of the numerous health benefits of vitamin D and the key role of inflammation in chronic disease— inflammation enhanced by a processed food diet—modern scientific studies are indicating that foods raised and prepared in a “primitive” (sic) manner appear to yield marked health benefits. Are there critics, who believe that the primitive lifestyles observed by Dr. Price have been falsely celebrated or incompletely documented?  Certainly, but it is incontestable that Price’s attention to traditional means of growing and preparing food has helped inform the healthy food movements of the 21st century.

What stays with me at the end of the day however, is the improved health and vitality I have seen in families who have opted out of the center of the supermarket, and switched to sustainably raised produce, meat, and dairy.

Related Articles:
Ideal Diet
The Paleo Diet
DEBORAH'S BLOG
How do YOU make changes?
I recently had a conversation with a fellow member of our local Rowing Club, I'll call her Wanda. Wanda has recently transformed her exercise habits, quite dramatically [read more]
Health & Wellness News
How's your health span?
You’ve probably heard alarm that our US life expectancy has gone down during the pandemic (and actually a bit before that as well), but I would suggest that one reason [read more]

Ideal Diet
I'll start right off with admitting that it's a little naive to imagine that there is a single "Ideal Diet" that works for everyone. From decades of clinical practice, individual variability is the principle of reality that is most often confirmed... [read more]
The Paleo Diet
The Paleo Diet has been inspired by the study of our own human history. The Paleolithic Period began about 2.6 million years ago with the first use of stone tools by pre-historic humans and ended about 10,000 years ago. In the Paleolithic Period,... [read more]