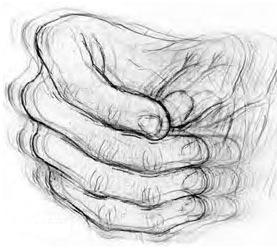 The first signs of something wrong might be as simple as a trembling noticed in your hand, or perhaps a feeling of weakness or stiffness affecting one body part. You might notice that your balance just isn’t what it used to be. Or your loved one might notice, wondering if you’ve had too little sleep or perhaps too much to drink. The symptoms usually start past the age of 50, when we all notice a few deficits compared to our youthful vigor, so people usually have several symptoms before they present to a physician for diagnosis.

The name "Parkinson's Disease" is frightening, because we know it to be progressive and have seen its advanced forms. For many people, however, healthful life choices can forestall the appearance of more serious symptoms. If you are seeking natural steps you can take to treat and perhaps stall the progression or even resolve your symptoms, keep reading.

What Is Known About Parkinson's Disease

Parkinson’s is the second most common neurological disease associated with aging. The disease is progressive, and affects approximately 1% of those Americans over 60. On a physiological level, we know that the very center of the brain, the basal ganglia, is involved in the development of Parkinson’s. The cells that produce dopamine begin to deteriorate, disrupting the normal balance between dopamine and acetylcholine.

For the person with Parkinson’s the brain changes make their voluntary movements slow, especially finding difficulty with the initiation of motion. At the beginning, the symptoms seem like normal variants of personal “tics” making diagnosis difficult, but symptom progression reveals the problem to be Parkinson’s. Early diagnosis is most likely in consultation with a physician experienced in making the diagnosis.

The symptoms are “staged” from one to five. Symptoms are consistent enough to allow diagnosis usually in stage one or two. By stage three walking becomes quite difficult and all movements become slowed. The patient may be unable to walk or stand unassisted. In stage four, the gait becomes rigid and even the simplest of self-care tasks are insurmountable challenges due to weakness, rigidity and tremor. In the final stage, patients with Parkinson’s lose the ability to stand or walk and require constant nursing care. Depression and cognitive impairment usually appear in the later stages. The rate of decline is unpredictable, but can be estimated based on symptoms at the time of diagnosis. If slowed movements and rigidity are present, the deterioration is usually rapid; if diagnosis is made based on a prominent tremor, decline is usually slower.

The search for a cause of Parkinson’s is an ongoing research focus.

Dietary treatment of Parkinson's Disease has followed two different tracks, one emphasizing protein restriction – an approach used primarily in patients taking medication – and the other recommending the ketogenic diet, namely a moderate protein, high fat diet, that has been found useful in multiple neurological conditions. I am most significantly impressed by the results with ketogenic interventions, particularly since the protein component of that diet would be sulfur-rich (which has been posed as a problem for many Parksinson’s patients), the observed protective effects of the diet speak even more highly of the value of the fat-based ketone bodies to brain health.

Any time that toxins are considered a contributing factor to the development of disease, the individual’s underlying ability to maintain de-toxification pathways is important in resisting the disease. The ability to detoxify sulfur (found in animal products, onions and garlic, and other foods) is compromised in a greater number of Parkinson’s patients than others. This might explain the benefit seen in some patients, particularly as an adjunct to levodopa therapy, of following a low protein diet.

Additionally, research is emerging  which indicates that fish oil fatty acids can protect brain cells, specifically the kinds of deterioration seen in Parkinson’s. Cold water fish, and fish oils, are important aspects of the ketogenic diet as I recommend it.

Medical treatment is usually begun once patients develop some degree of functional disability, and not before. All pharmaceutical options carry significant risk of side effects as well as time-limited usefulness in their application. Consultation with a physician experienced in Parkinson's treatment is strongly advised.

For the greatest health improvement with the fewest steps, do the following:

A comprehensive program involves many areas in which action steps can be taken, gradually or all at once. You will be your own most valuable health manager. Some of the suggestions below include flexibility: balance gentleness and honesty with yourself!

Start by following the basic nutrition and healthy lifestyle guidelines, with the following modifications:

Physical Therapy improves many of the challenges for Parkinson’s patients.  Although no single type of PT has been show to be superior to others, individual physical therapists with experience treating Parkinson’s patients are more likely to be helpful.

Forced Exercise. While it has long been known that staying active and mobile adds benefit and life value for people with neurological problems, there has been particular interest in the application of Forced Exercise (FE) for Parkinson’s. FE is a very specific exercise design. It is not simply pushing yourself, but rather something like a motorized treadmill that keeps you running just a bit faster than you would voluntarily choose to run, or perhaps a tandem bicycle with a slightly stronger bike-mate. FE was first shown to have neuro-protective effects in an animal model of the disease, and now those benefits have been demonstrated in humans. Speak with a Personal Trainer or Physical Therapist about applications that might work for you. (For more information, see Jay L. Alberts, et al. “It Is Not About the Bike, It Is About the Peddling; Forced Exercise and Parkinson’s Disease” in Exerc Sport Sci Rev 2011; 39(4):177-186.)

Pharmaceutical treatment for Parkinson’s offers a temporary relief from some of the stiffness and slowness associated with disease progression. Medications all carry some potentially serious side effects and seem to “wear off” – requiring gradually increasing doses until the drug seems to have no effect at all. In this area as well, working with an experienced physician is a wise choice.

A prescription worth trying is low dose naltrexone. Used originally, in high doses, as an opioid antidote, it is used in smaller doses (3-5 mg at bedtime) for auto-immune disease, depression and problems with intestinal motility. It appears to have anti-inflammatory effects in the brain, improving function for some people, and with a very limited incidence of side effects. We will hear more about this application in the future, I'm quite sure.

Classical homeopathy may be helpful. Experienced practitioners of Classical Homeopathy have reported some success with slowing the progression of the disease. This is not a treatment you can pick for yourself, nor from a book. The wrong homeopathic remedy can interfere with your progress, so it is best to consult an experienced practitioner. The National Center for Homeopathy can help you to find a homeopath  and it would benefit you to interview your prospective clinician. Pick someone with at least five to ten years’ experience, rather than a recent graduate.

Prevention of Parkinson’s Disease is of interest to everyone, but these tips are perhaps most relevant to those at greatest risk, individuals related to someone with Parkinson’s, particularly men, who are at highest risk.

Men should drink coffee, but avoid dairy – perhaps. A higher intake of caffeine is associated with a lower risk of developing Parkinson’s disease in men, an association not consistently seen in women. The relationship is not causal but observed: perhaps people intolerant of caffeine are more likely to develop Parkinson’s or perhaps there is some beneficial effect of caffeine and coffee, as yet unidentified. Dairy products, on the other hand, appear to be associated with increased Parkinson’s disease in men, but not in women. Again, not causal, but only observed, though the potentially significant concentration of toxins in non-organic dairy might be contributory.

An organic lifestyle prevents exposure to toxins. Keeping your home and work environment free of toxic chemicals benefits all of us, particularly children and those at risk for environmental illness.

A ketogenic diet has beneficial effects for neurological conditions in general. The ketogenic diet has been in clinical use for almost a century in the treatment of epilepsy, falling out of favor once pharmaceutical interventions became available. However, more recent clinical investigations have revealed that following a ketogenic diet can benefit not only epilepsy, but a host of other neuro-psychiatric illnesses as well, including Parkinson’s Disease. The numbers are not great, and dietary instruction and compliance can be complex. See the description and details in the Real Food section under Nutrition, Weight Loss Eating Plan.

Related Articles:
Dementia: Prevention and Natural Treatments
It's Official: Aging Minds Wander
Grow Those Telomeres!
DEBORAH'S BLOG
How do YOU make changes?
I recently had a conversation with a fellow member of our local Rowing Club, I'll call her Wanda. Wanda has recently transformed her exercise habits, quite dramatically [read more]
Health & Wellness News
How's your health span?
You’ve probably heard alarm that our US life expectancy has gone down during the pandemic (and actually a bit before that as well), but I would suggest that one reason [read more]

Dementia: Prevention and Natural Treatments
It's Official: Aging Minds Wander
Scientists from my alma mater, University of California at San Francisco, have found and published the physical evidence of aging that correlates with what I hear from my patients. When I inquire about memory, many patients jump right to their... [read more]
Grow Those Telomeres!
No, telomeres are not a new exotic vegetable to seek out at the market, but rather the little caps on the end of your own DNA, that protects the DNA from breaking into fragments or inadvertently connecting with another strand. Current research... [read more]