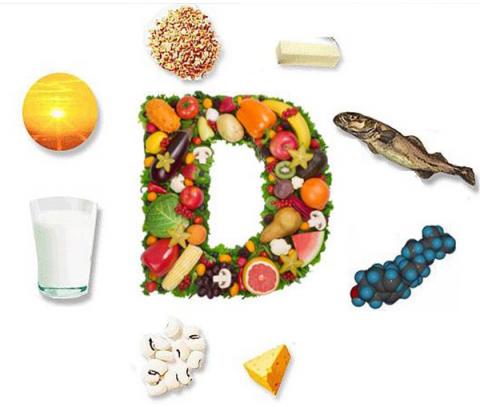 The first of a series

An editorial in today’s The Lancet (17 October 2015) raises the question of health care adequacy for the unprecedented increased lifespans accomplished by modern health care. The authors point out that “Historically, health-care systems were designed to address isolated acute episodes of illness, rather than to manage the chronic that becomes increasingly common with age.” I would take issue with any assertion that we are no longer an acute-focused health (i.e., sickness) care system, but their point is good within the narrow focus that is conventional medicine.  Yes, if we continue to age as we have been doing, our current clinics, hospitals, and insurance programs are inadequate to the anticipated deluge of patients, once just diabetic, now diabetic and aging.

Frankly, I’m  not interested in a bigger Seniors’ Clinic for my health guidance, as I know there is a better way to extend the quality as well as the length of my life. I would argue that an approach based in both evolutionary medicine and good old-fashioned physiology shines light on the path that I want to follow as I “age gracefully.” (Have I ever been graceful outside of a yoga class, I’m not sure!) Let me say more about what I mean.

Evolutionary medicine and the Paleo movement both describe the importance of lifestyle choices that respect the way our bodies have evolved to survive and thrive. Ancient people showed little evidence of the chronic diseases that plague modern people.

How far have we come since then? Modern history is a blink of an eye in human history, and while there is evidence for some continued evolution (such as the broader distribution of the ability to digest dairy products into adulthood), there is also plenty of evidence, both academic and anecdotal, that for the quality of your life now, you might benefit from making "evolutionary choices" and eliminating those foods with which we have little ancestral familiarity.

If you think you might sacrifice yourself to evolution by continuing to eat white bread and sugar to help humans evolve to handle these foods, that's not really evolution! Your choices and your health are actually worth nothing once you finish reproducing, as evolution is only about reproductive advantage. Not to mention that carrying the ill effects of those foods in your own body, even during reproductive years, does not necessarily confer tolerance on subsequent generations. Meanwhile, you run the risk of developing obesity, diabetes, and all the associated problems: dementia, increased risk of cancer and cardiovascular disease, not to mention disabilities of various forms.

I believe that most readers here have already made the decision to explore a bit—tinker with food, exercise, sleep patterns, in a direction we believe our ancestors sanctioned by the act of survival—and have seen the quality of your life improve. For many of you, that choice has already made a difference: your self-care has taken you out of the realm of medical care and restored your health at the same time!

But exploring a bit further, the ancestral orientation to health is actually insufficient to help our modern quandary of aging, because Paleolithic people, Grok for shorthand, didn't live as long as we will. “On average” is key: anthropological evidence suggests that after surviving an extremely hazardous youth, Grok lived until the age of 65-75, and finally succumbed in excellent health: little to no evidence of cancer, heart disease, tooth decay, arthritis, you name it.

Now to some of you that sounds like explanation enough, great news, healthy til “old age.” But that isn’t “old age” but is in fact how old I am now! I would very much like to prolong my sense of good health beyond that cited decade. No question, arriving at my mid 60’s with only one chronic illness (arthritis) gives me a leg up on healthier golden years, but even Grok died in the next decade. Stuff wears out.

And for me and my cohort, just as modern medical technology made surviving our youth a relative certainty, so is it likely we will actually live to 75-95. The only question remaining is what kind of health we will enjoy for those latter years, those years beyond Grok’s life expectancy. A 70-year-old digestive system does not work as well as that of a 40-year-old. A 70-year-old brain shows evidence of aging.

Physiologists and other specialists in aging have asked the questions, “What wears out and what can be done about it?” I’d like to answer some of those questions from what I believe is likely to be the most effective orientation, incorporating both the wisdom of evolutionary medicine and the knowledge we have of basic physiology.

Conventional medicine, perhaps driven by the pharmaceutical industry and modern love for efficiency, seeks a silver bullet solution to medical problems. What is the drug that will cure Alzheimer’s or cure cancer? There will never be effective silver because everything is connected. When you sprain your ankle, you walk less, you might get constipated; you limp, so you might develop a lumbar strain; you take an anti-inflammatory (well, you don’t, but someone might), so you develop bleeding and permeability. Everything you do, and everything that happens, impacts the rest of the system. It is worth addressing the entire system and forgetting about silver bullets.

For instance, let’s take a relatively simple problem such as osteoporosis. We’ve recently learned we should throw out calcium supplements as a silver bullet, but what’s left? Bone remodeling is influenced by systemic hormones (glucocorticoids, sex hormones, and calcitonin), by local growth factors and by vitamin D.

Now let’s focus in and look just at vitamin D. First, it is observed that in general vitamin D levels decline with advancing age, this for a host of reasons. Older people have thinner skin and thus decreased vitamin D synthesis in response to the sun—the skin’s continuous production being our most ideal source, less exposure to the sun and to foods containing vitamin D (lard, fatty fish, chicken liver; please forget about the beverages on the image!) and impaired intestinal absorption of vitamin D, and finally impaired hydroxylation in the liver and kidneys.  Considering the complexity of the isolated concern of a vitamin D level, it is reasonable to make an analogy to the larger problem. In fact, it is true that neither vitamin D supplementation alone, nor even normalizing of vitamin D levels alone, will make a significant dent in the overall problem of osteoporosis: you have to look at the whole picture, and the whole picture woven within every isolated aspect of the bigger picture.

If you look at the “whole picture” for a number of age-related problems, you can't help but notice a few influences that emerge as beneficial in a number of areas. Let’s take vitamin D for example. Vitamin D deficiency not only is associated with osteoporosis and fractures but also muscle weakness and atrophy. Vitamin D deficiency is also associated with fewer hours of sleep and vitamin D correction can help sleep for some people, old or young. Other disabilities associated with vitamin D deficiency include increased rates of functional compromise. diabetes mellitus and other aspects of metabolic syndrome, depression, cognitive impairment—both mild cognitive impairment and outright dementia, diminished libido, and even more. An impressive list, though, and sufficient reason to check vitamin D levels.

Furthermore, you can’t just assume that today’s good vitamin D level will hold steady. One of the details revealed in a simple exploration of the data in 23andMe is the vitality of your vitamin D receptors. If your vitamin D receptors are weaker than expected, I assume that they may well continue to weaken. Bruce Ames, Ph.D. has coined the term "Triage theory" to describe a presumed coping strategy employed by our bodies. Let’s say you were born with naturally weak vitamin D receptors: that would mean that the biochemical processes maintaining vitamin D can’t get all the co-factors they need to complete their duties, so compromises are made. You “rob Peter to pay Paul” to keep vitamin D levels optimal as long as you can. Until you can’t do that anymore. For any physiological process, we can never assume that what works today will continue to work tomorrow. Luckily, vitamin D is fat-soluble and today’s vitamin D level will only slowly decline even if more vitamin D is not forthcoming. It needs 3-6 months to decline significantly.

I recommend you check vitamin D levels twice yearly, spring and fall, and adjust your dose accordingly, aiming for an optimal level of 40-75 ng/mL for most people, higher for people facing particular challenges.

And if you are over the age of 50, your digestion isn’t what it used to be: you have to pay special attention to choosing a liquid, non-encapsulated form of vitamin D3, taken with fatty food on a regular basis. Good evidence suggests that daily small doses are more effective than less frequent large doses when it comes to oral vitamin D. Sunshine works just fine in large, less frequent doses, but not so well for the elderly.

And remember that vitamin D, wonderful as it is, is not a silver bullet: attend to all the related systems!

Attending to What Wears Out

The content of this series will be of two types:

By popular demand, the next article will be about the sex hormones that decline with age, their impact and a sensible response to that reality.

Related Articles:
Solutions for Sarcopenia
Solutions for Osteoarthritis
Aging and Vanity News
What to Think About Vitamin D?
DEBORAH'S BLOG
TMI about the vagina?

Solutions for Sarcopenia
Solutions for Osteoarthritis
Aging and Vanity News
If you're over 50, you certainly have had the experience of looking in the mirror and being shocked: wait, I thought I still looked the same as when I was younger... I still FEEL the same person inside! The mirror tells us otherwise: we develop... [read more]
What to Think About Vitamin D?
The recent news about vitamin D is confusing if you look to the news for insights about managing your health. Does it help prevent colds? What about more serious diseases? Health bulletins make good headlines, but they are often misleading and... [read more]