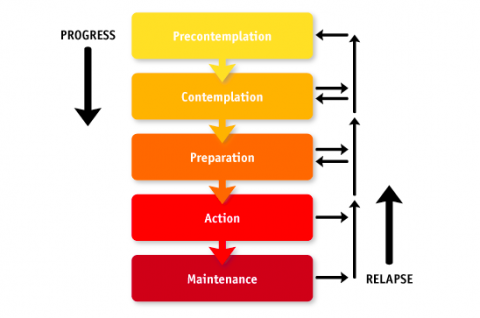 About a year ago I met a lovely couple, both concerned about possible cognitive changes the husband was experiencing.

Joe could still do many of the things he loved to do: his balance and skill at martial arts paired with an interest in Buddhist study. He remained adept at the delicate calligraphy creations he had practiced for years.  But both Joe and Noreen noticed that he was having more trouble with his short-term memory, even asking the same question several times in one conversation. He misplaced objects around the house and became more easily confused facing new situations.

What concerned him the most, however, were the changes he’d seen in his older sister: she was declining at a faster rate than their father had shown in his Alzheimer’s course. Joe wanted to find out what was going on, but he was also wisely curious about what I would recommend if I did find that he had cognitive decline.

We discussed the general diet and lifestyle pattern that Dr. Bredesen has described in The End of Alzheiemer’s and that you can read about in a series of articles on this website here, here, and here.

Joe and Noreen both raised their eyebrows: they lived a “generally healthy” lifestyle with organic food choices and good exercise routines. They well understood that on top of their healthy choices, I would recommend a host of lab tests that would lead to suggestions for changing their food choices, eating patterns, sleep habits—and at that point Joe smiled and shook his head.

“I’m just not ready for that. Let me think about it.”

A breath of fresh air!

I can so easily fall into an “Ahah! Eureka!” mode when I see a clear path forward for a patient, that I forget to check in with the patient himself: are you interested in learning about my thoughts or are you ready to make a change?

I learned a few years ago about what social scientists have known for years: change happens in stages. Even those folks you know who made sudden changes, did some degree of preparation for that change.

My father had thought about stopping smoking, of course, whenever he saw an ad about it or his doctor mentioned it. At one appointment his doctor made an observation, not about my father, but... he laughed when he reported that a recent medical conference, not one of the attending doctors was a smoker. He was incredulous and from that moment on my father never smoked again.

In 1998 researchers DiClemete and Prochaska described a continuum of change:

Joe and Noreen have returned to the office, ready to find out more about what I would specifically recommend for his situation. We have a lot to learn about Joe and he has the lab slips for part of that information: I can come up with a carefully designed individual plan for him.

I also would be wise to check in, with Joe and with every patient, "Are you ready to make a change?" A colleague and friend of mine asks people to place themselves on a scale of 10, from 1 ("Hey, I'm just here to learn about what you would suggest") to 10 ("How can I start this program yesterday?!") on their degree of motivation. No patient has ever been stumped by his question, I just need to remember to ask it.

So, are you ready to make a change? Let me know, I'm available to support you.

Related Articles:
The End of Alzheimer's
DEBORAH'S BLOG
How do YOU make changes?
I recently had a conversation with a fellow member of our local Rowing Club, I'll call her Wanda. Wanda has recently transformed her exercise habits, quite dramatically [read more]
Health & Wellness News
How's your health span?
You’ve probably heard alarm that our US life expectancy has gone down during the pandemic (and actually a bit before that as well), but I would suggest that one reason [read more]

The End of Alzheimer's
The First Program to Prevent and Reverse Cognitive Decline Mild-mannered Dr. Dale Bredesen speaks directly to patients, physicians, and those caring for loved ones affected by Alzheimer’s Disease, offering a roadmap of action from despair to... [read more]