Do You Have Insulin Resistance? 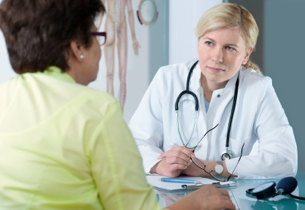 I have been concerned recently with the way we physicians make a diagnosis of insulin resistance: we're late. We wait to make the diagnosis until it's “definite”, but by then it's also advanced and more difficult to reverse. Meanwhile, we have often been overlooking brilliantly colored red flags along a long and winding road of disease development. Happily, there are ways you can speed up the process through your own awareness of a potential problem.

In general insulin resistance is thought of as a progressive problem that is more easily reversed the earlier it is diagnosed. Early awareness of a potential problem allows time for the body to heal itself with more moderate changes in food and activity choices.

Insulin resistance left unchecked causes two serious problems. Continued resistance causes progressively higher insulin levels; insulin is the “aging” hormone, associated with increased rates of almost every serious chronic disease. Secondly, continued insulin resistance almost always progresses to diabetes, one of the most costly diseases of modern life, both in monetary and personal terms. An outright diagnosis of diabetes confers a much higher risk of premature serious illness and death. At the point of diagnosis, some portion of the condition is irreversible, although with extra effort type 2 diabetes can almost always be controlled with significant changes of food and activity patterns.

The optimal way to diagnose insulin resistance would be to have a biochemically smart little camera inside your blood stream that can watch the insulin failing to bind with insulin receptors on your cells and open the doors for sugar (glucose) to exit the blood stream and go into your cells. Since that is not going to happen, we make presumptions about insulin resistance from abnormal blood tests showing that insulin levels are inappropriately high.

Our blood sugar is lowest in the morning after an overnight fast. In the fasting state, a normal blood sugar should be ideally be below 90, or at least below 100 mg/dL. A fasting insulin level should be below 5 iU/ml, or ideally below 3 iU/ml. Levels over 10 are worrisome, despite what the so-called “normal” lab values are.

While you're having your blood drawn, however, you might want to look at the other tests that can be associated with insulin resistance and raise the level of my concern and hopefully your motivation to change! Such tests look for the often associated increase in cardiovascular disease and include

We could chat quite a while about the physiological role of insulin and insulin resistance, but let me just say a few things. There is clearly some physiological advantage to insulin resistance: it keeps our cells from being literally suffocated with fat. No more sugar can get in, no more fat can be stored. (Metformin, by the way, overrides this mechanism and continues to shuttle sugar into fat storage depots inside your cells, where it tends to stay. Your blood sugar may look better but you don't and it's not clear how it affects your chances of recovery.)

Another word to introduce into the conversation about blood sugar and insulin is cancer. There's no blood test that can tell you whether you have cancer, but current cancer research into physiology of solid tumor cancers (breast, prostate, colon, brain and others) suggest that they are dependent on insulin-mediated glucose fuel for their development. Insulin is an important stimulant of growth for body tissues, including cancer cells. Insulin and insulin's big brother (Insulin-like Growth Factor, IGF) are at increased risk for certain cancers. Another good reason to lower insulin resistance and allow your insulin production to calm back down to normal levels.

Motivated to Change Your Numbers?

What to do about insulin resistance is the next question and the answer is to reduce the stimulus that tells your body to make more insulin, or, in other words, “Eat less sugars.”

Sugars are not only what makes food taste sweet, but considered nutritionally, they are the components any food considered a carbohydrate, which covers everything from brussel sprouts to cotton candy and everything in between: all types of vegetables and fruits, grains, and all sweets and desserts. The sweeter the food, the more insulin your body makes when you eat that food.

The first recommendation I make to my patients is to follow the Weight Loss Eating Plan described in detail in the Real Food Section of this site. I urge them to follow the plan precisely for at least a month to get a good idea of their physiological responsiveness and to reduce food cravings. Some of the most tempting foods provide a double whammy. Sweet sodas and juices, for instance, are rich in fructose, which is hard on the liver, and as liquids spike blood sugar and insulin faster than whole fruits. Bread usually contains gluten, and gluten is irritating to the gut lining and inflammatory to some degree for almost everyone. Inflammation and weight gain are closely linked and reciprocal: increase either one and you'll likely increase the other.

Guess I should disclose: a likely side effect of lowering your body's insulin, and backing away from insulin resistance and diabetes is weight loss. You might need to buy new clothes.

How one gets to the full plan varies: some folks like to start with one meal at a time (start with breakfast!) and clean up one meal a week. By the end of 3-4 weeks they are eating the fully described plan. Other folks are ready for a cold turkey, all or nothing approach.

Is it as simple as that? Lose some weight by eating low carb and your insulin resistance disappears. For many people it is truly as simple as that. However, it's not always that simple. Individual responsiveness varies, so in my practice I do a lot of fine tuning, allowing for individual food preferences and the wide variation in response. While some careful eaters lose weight quickly, others (usually those with a history of previous on and off dieting, but not always) are slower to respond. And then there are the “stalls”, other important considerations, and some pleasures along the way - and there we have next week's blog.

Related Articles:
Low Carb Weight Loss
Solutions for Obesity
Solutions for Diabetes Type 2
DEBORAH'S BLOG
How do YOU make changes?
I recently had a conversation with a fellow member of our local Rowing Club, I'll call her Wanda. Wanda has recently transformed her exercise habits, quite dramatically [read more]
Health & Wellness News
How's your health span?
You’ve probably heard alarm that our US life expectancy has gone down during the pandemic (and actually a bit before that as well), but I would suggest that one reason [read more]

Low Carb Weight Loss
Fad diets come and go, but in my practice, I follow the science more carefully than I follow the fads. In doing so, I have been tremendously impressed with the work of Gary Taubes, who has meticulously detailed the science behind the low-... [read more]
Solutions for Obesity
Solutions for Diabetes Type 2