Talking About Grains and Health 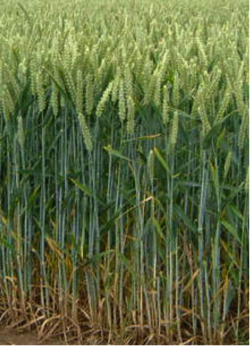 I understand loving the taste of grains. Now that I've spent the better part of a year without gluten, months without grains, I can still admit that I have loved grains in my life. When posed the “Name one food to have on a desert island” question, I was always torn between eggs and brown rice. If I could have had two foods (butter!), I would have gone with the rice. And if we're talking about more complex foods, who doesn't love freshly baked whole grain bread?

Sitting at my desk, looking at the blank page: I'm not sure how to write this blog post. Clearly, I want to write about grains and how they affect our health. My desire to be informative however is overwhelmed by my desire to be influential. From my own experience (personal and clinical) and the research emerging with increasing interest in the Paleo Diet and Ancestral Medicine, I believe there is a very good chance that many illnesses could be mitigated if not thwarted by the elimination of grains. That part is up to you, however. So perhaps if I put that right out there, up front, I can get on with the information, and leave the life-changing-or-not part of it in your hands where it belongs.

Alright, desk cleared, let's talk about the three main problem areas that grains present when you're trying to eat a healthy diet.

That's a quick trip through a subject that has been explored more exhaustively in other areas. If you're curious for more information, check out Caveman Doctor's multi-part blog on Grains here .

What do you think, is this at all compelling to you as an argument against grains in a balanced diet? I'd like to hear from you if you have any thoughts on the issue: would you consider going off grains? Why yes or no on that question? In my next post, I'll talk a bit about what life would is like when you take seriously the possibility that really, any health problem could be caused by eating grains. You won't know until you remove the grains from your diet. A month. Try for a month. (Really? ALL grains? Check back next week for more on that question!)

Related Articles:
Solutions for Acute Indigestion
Solutions for Constipation
The Paleo Diet
DEBORAH'S BLOG
The Trees in the Forest