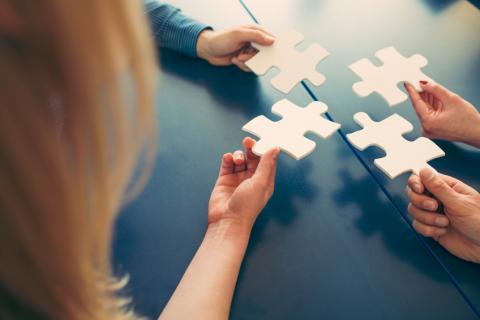 Just this week (late August, 2016), I received my latest copy of the American Family Physician: it’s a handy journal for renewing my CME requirements and it’s a great reminder of basic family medicine protocols on a wide range of topics. One issue might cover insights about strep throat, fractured backs and cardiac rehab after a heart attack. Cover story this mid-August is on treating the behavioral disorders associated with dementia, typically referring to nursing home patients. The process is a medical treadmill and it goes downhill: because of symptoms of agitation, delusion, and fear, patients with dementia are started on a slurry of medications that are intended to calm but more often stupefy to the point where both the patient and her symptoms are no longer recognizable. It’s a sad process with not a lot of good options, once the disease has progressed to a certain point. Much as I appreciate the information, I better appreciate the reminder: if my practice were ever limited to handing out prescriptions, I'd rather wait tables.

In early August I had the incredible good fortune to attend the first practitioner training seminar hosted by Dr. Dale Bredesen and MPI Cognition in California, presenting his protocol which has reversed Alzheimer's related dementia as reported here. We first reviewed the pathophysiology—the details of what goes wrong in the brain of Alzheimer’s patients. My memory holds a very simplified version of the science: healthy brain connections don’t just sit there, they are actively maintained and nourished by every aspect of our system that has ever been shown to be associated with brain health. Communication from our blood stream (rich with hormones, vitamins, and also toxins, infections, etc.) to the master computer—the work going on inside the brain cells—occurs through protein bridges that span the distance between inside- and outside-cell areas. When anything goes awry and that protein senses a lack of the full nutrients needed, the connection is terminated and as part of the termination, the characteristic amyloid plaques of Alzheimer’s disease are formed from the fragments of the broken protein. The protein actually forms in response to three different potential situations:

The amyloid plaques are formed by the body to protect the fragile proteins, to keep the problem localized, and to “downsize” the active portions of the brain, until the imminent danger (1,2, or 3 above) is resolved.

Most, but not all, of those who have early onset of memory-type symptoms have one or two copies of the ApoE4 gene. Most of us have two copies of ApoE3, and that puts us at moderate (one in nine) risk of getting Alzheimer’s, but having one or two copies of ApoE4 instead increases our risk by a factor of three or eight. ApoE4 instructs intracellular gene transcription and the resulting work done, and is influenced by all those hormones, vitamins, etc., swimming in the bloodstream.

Amyloid plaques are really only seen at autopsy, but we can infer their presence on a special functional scan of the brain. When we see its active volume reduced, we can infer that the plaques have sealed off once active areas. The plaques appear to be reversible, again by inference from the scans, this time showing restored brain volume in the dementia patients who have completed Bredesen’s protocol for one or more years.

The protocol is challenging; just the evaluation is challenging! The evaluation casts a wide net, in the hopes of identifying which of the five or six patterns best describes which of the normal brain-protective factors the patient with dementia has lost. Once identified, the patient’s responsibilities are complex, including dietary and lifestyle changes, supplements and possibly hormones to introduce, and it takes a while to see significant changes.

By three months, with good attention to the protocol, some improvement is apparent, and by six to twelve months, people report near-complete return of function. That progress is maintained for years, but only so long as the program is continued.

So here are my lingering questions from the vast input of fantastic information on brain health:

The conference attendees will have access to a newly designed software program, so each patient's data can be entered and the likely-to-be-helpful interventions identified that are specific to that patient. I am already starting the work in a pre-software mode with some of my patients, and am looking forward to being able to offer the program to many more! I just need to figure out #2 above....

Any ideas, insights, or suggestions gratefully accepted at info@DrDeborahMD.com. Thanks.

Alzheimer's Disease Awareness Month
Did you know that November is National (US, I presume) Alzheimer’s Awareness Month? Actually every month is about a dozen things, but I’ve been ruminating on dementia recently, so it’s time to share some more thoughts.
Dementia: Prevention and Natural Treatments
DIY Memory Health, Part One of Three
You can do a lot for yourself, for your own brain and memory health. You can improve your own memory by attending to clearly identified details of diet, lifestyle choices, and getting serious about some crucial supplements. I'll divide up your work... [read more]
DIY Memory Health, Part Two of Three
How is your brain rejuvenation program going? In the first article here, I described the basic lifestyle habits associated with improved and maintained brain function. Specifically, let’s talk about each step and where to go from here.
DIY Memory Health, Part Three of Three
Just this week in the news one of the brain exercise programs announced some great results with brain training games. The current study was a re-analysis of former data collected over a ten-year period observing almost 3000 healthy older adults.... [read more]