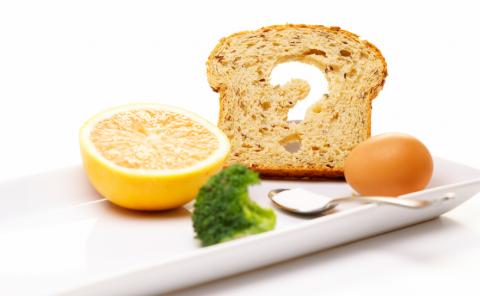 The first time I suggested to Stan that he might improve his obesity, diabetes, and irritable bowel by eliminating grains from his diet, he thought it over seriously. He took the suggestion home to his wife, somewhat of a gourmet chef, who dismissed the idea of eliminating an entire portion of the palate. “That’s ridiculous, part of this gluten craze, isn’t it? Humans have eaten grains for ten thousand years, they can’t be bad for us. I was just making dinner: gorgonzola mini-pizzas with spinach salad and my grandmother’s pear torte for dessert! How about we just try again to reduce your portion size? Or I won’t make the dessert?” He went with the smaller portions, and kept eating gluten.

Stan’s wife combined all the arguments against the elimination of grains into one tempting soliloquy. Yes, I would rather be free to enjoy her mini-pizzas and pear tortes, straight from her family’s prized recipe box. But am I facing the same choice that her grandmother did?

At least three elements have changed in the last 50 years that affect our ability to digest grains.

First, according to Wheat Belly author Dr. William Davis, the wheat itself has changed. Not only does current wheat offer higher yields, but it also contains forms of proteins that appear in greater amounts than in earlier varieties of wheat, increasing the number of potentially allergenic proteins. Recent work by Dr. Alessio Fasano has exposed the link between gliadin (one of gluten’s proteins) exposure and allergic reactions. Gliadin causes the body to release zonulin, which increases the permeability (leakiness) of the intestinal wall, allowing nearby proteins (other wheat proteins) to enter the bloodstream before they are fully digested. Proteins in healthy blood stimulate an immune response, whether it’s a virus or a protein from wheat.

Secondly, we eat a lot more wheat than our grandparents did, IF we eat processed foods. Wheat and its components are thickeners and extenders in every kind of food. We don’t eat baked potatoes, with steamed spinach, we have scalloped potatoes and creamed spinach: both are thickened with wheat. Convenience foods have been very convenient for wheat growers, wheat is in everything!

Thirdly, for a lot of reasons, we are less able to handle foreign proteins wisely than previous generations. The most important and unavoidable reason is the environment in which we live. From automobile seat coverings to window cleaners to face creams, we are exposed to tens of thousands of chemicals that also challenge our immune systems. We inhale and ingest chemicals that weren’t even known 50 years ago, each of which our body has to choose to fight or eliminate, both of which challenge our immune systems. Even beneficial chemicals (necessary pharmaceuticals) have an immune challenging aspect to them. Sometimes our immune systems get over-reactive, sometimes they just get exhausted. Other reasons include trends in genetic expression, loss of diversity in our intestinal flora, and perhaps even the extreme cleanliness of our modern environment!

So yes, it’s become reasonable that food allergies in general and gluten sensitivity specifically are a component to almost every chronic illness.

Stan didn’t give up gluten until we obtained a Cyrex Array 3 for him. Cyrex is an independent laboratory that sets the gold standard on thorough testing for gluten sensitivity: any other lab result is valuable if it’s positive and incomplete if it’s negative. Array 3 tests for Wheat/Gluten Proteome Reactivity & Autoimmunity, identifying the gluten components that trigger a reaction (not the ones in a standard blood test, in his case), as well as the extent to which auto-immunity has been triggered. He was sensitive to about half of the 24 items tested, including auto-immunity. Wondering if it could be a contributing factor to his unexplained atrial fibrillation – a life-threatening and increasingly common irregular heart beat – we also obtained two additional test panels, looking for specifics of auto-immunity and possibly cross-reacting foods.

The great news started with the explanation – yes, he had a high degree of reaction to his heart muscle. And unexpectedly, that he didn’t have additional allergens, no other cross-reacting foods, lucky for him.

And the best news: he no longer has irritable bowel symptoms – including those symptoms which were so familiar he hadn’t even mentioned them to me! Since going off gluten and most grains, he also hasn’t had any episodes of atrial fibrillation.

But don’t get distracted by Stan’s story: the bottom line is that yes, there is good reason to believe that many if not most of us are challenged by eating gluten, grains, wheat, whole some bread, the mainstay of human diets for the last ten thousand years. When that is the case, eating “all things in moderation” won’t help at all.  If you have a chronic illness, you owe it to yourself to bite the bullet: find a doctor who can do the Cyrex testing for you to be completely sure. Less expensive and almost as reliably, you can test yourself: go off gluten (wheat, rye, barley, and for many people: oats) for 6 weeks. This is an example of “go big or go home”: wait until you are ready to be 100% vigilant for 6 weeks of gluten elimination. Then re-introduce gluten and see how you do.

If you’re lucky, as Stan is, then you can eat everything else … in moderation!

One Perfect Breakfast
Sauté two free-range chicken eggs, in 2 tablespoons of butter, over a very low flame. Top with an excellent quality sea salt, perhaps seasoned with seaweed flakes, slide out of the pan into a bowl, so you can scoop up all the yolk with a spoon.... [read more]
Wheat Belly Indeed!
“Amber waves of grain” we sing, believing that wheat has been and perhaps should be a part of American identity. William Davis, in his New York Times bestselling book, Wheat Belly, tells us that wheat has changed and, in his opinion, is no longer... [read more]
Watch out for Wheat
Conventional media has picked up a sliver of the Paleo, Low-Carb eating craze by interviewing, albeit briefly, Dr. William Davis on CBS This Morning, September 3, 2012. Congrats to them for addressing a small part of several controversies: the... [read more]
Gluten Free Eating Plan
Not surprisingly, gluten comes from the Latin word for glue. Wonderful qualities of elasticity and buoyancy derive from gluten's self-adherent stickiness.